In today’s world, we all are living in the era of technology. From the morning to the end of the day we all are surrounded by technology. We talk about every aspect of technology. With the advancement of technology, human lives have become easier and more secure. It has completely changed the lives of humans from the ancient era to the modern era. Everyone is talking about the most important future technologies that will change the future of the world.

Below are listed some of the most important future technologies:

Understanding of the Most Important Future Technologies

The first thing that comes to mind when talking about artificial intelligence is robots. It is the latest technology and the most trending technology in the market.

Artificial Intelligence means the ability of the robot or the computer to perform manual tasks easily. The tasks performed by humans are basically performed by robots. The goals of artificial intelligence include mimicking human cognitive processes.

An example is self-driving cars. Self-driving cars are computer systems that account for all external data and compute it to act in a way that prevents an accident.

Artificial intelligence is most used in healthcare services as it can easily trigger the patient’s disease and symptoms related to it. Additionally, it tracks medical records and deals with health insurance claims.

In near future, it will include virtual doctors and nurses as well as AI-assisted robotic surgery.

It is a type of artificial intelligence founded on the idea that machines are capable of learning from data, spotting patterns, and making judgments with little assistance from humans.

It focuses on the use of data and algorithms to mimic human learning, gradually increasing its accuracy.

Machine learning algorithms are used in a wide range of applications, including medicine, email filtering, speech recognition, and computer vision, where developing traditional algorithms to perform the required tasks would be difficult or impossible.

A blockchain is distributed database that is shared among different nodes of a computer network.

Blockchains are best known for their role in cryptocurrency systems, such as Bitcoin. The innovation of a blockchain is that it guarantees the security of a record of data.

A blockchain collects information in form of groups, known as blocks, that hold sets of information.

Blocks have storage capacities when filled and closed, they are linked to the previously filled block, forming a chain of data known as the blockchain.

The Internet Of Things(IoT) is changing the way we live and communicate.

The Internet of Things (IoT) is a network of physical objects containing sensors, software, and other technologies that connect to and exchange data with other devices and systems over the internet.

IoT can be used as artificial intelligence (AI) and machine learning to make data collection easier and more vibrant.

Companies can use IoT to run applications and cut employment costs. It also reduces waste and improves service delivery, lowering the cost of manufacturing and delivering goods while also providing transparency. It is one of the upcoming most important future technologies.

5G is the fifth generation of mobile networks, succeeding previous generations such as 2G, 3G, and 4G.

5G networks are expected to provide much faster connection speeds than previous networks. Additionally, it is more reliant, with shorter response times and increased capacity.

Whenever it comes to mobile phones, there will a point when you will need to upgrade to a 5G phone.

You will be able to download a movie in seconds on your 5g home broadband as well as stream a 4K film without buffering.

The technology will also be more powerful than previous network technologies.

Augmented reality (AR) merges digital content into a real-time camera feed, allowing it to be a part of the real world around you and it is also one of the most important future technologies in the world.

Augmented reality is evolving and becoming more common in a variety of applications.

It is a growing trend in companies using mobile computing and business applications.

Augmented reality lets you see how furniture will look in your home. Taking an example of IKEA it uses augmented reality in its online application app before buying the actual product.

With the use of AR glasses, you can see the real object or environment around you enriched with virtual images.

To enhance your experience, an Augmented Reality application will combine visual, audio, and other sensory data into the world.

We are stepping into an era of constant and rapid evolution, in which multiple technology developments will combine and feed into one another to produce big changes.

Despite the fact that technologies are constantly emerging and evolving around us, these technological trends will offer promising career opportunities now and in the near future. 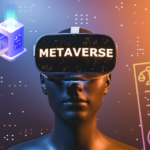