You might have heard a lot about metaverse for a long time by the means of various games. It is an online world that operates 24 hours a day, seven days a week, just like the real world. It is more than just a virtual world, it has its industry, which is supported by creators and network operators.

The word Metaverse refers to a combination of virtual reality and mixed reality world in general made available through a browser or headset that allows people to interact and experience real-time interactions and experiences throughout the distance.

A properly developed metaverse is more than just a virtual world. Additionally, it has at least two other crucial characteristics that increase its potential as a new platform with a wide range of applications.

There are some things you can do in virtual and augmented reality that you simply cannot do in real life across long distances. Within a few years, there will be huge implementation and utilization.

What Will Be The Future Of Metaverse?

The future could also be a significant contributor to the growth of the virtual economy, which is based on video games and virtual worlds where disruptions are minimal.

In the future, it will also run openly, almost without interruption from a single community or company, because creators will come from all over the world as more brands seek to open outlets on its broader, just as they do on the internet today.

The market is fragmented, with no dominant player and an abundance of consumer choices. Consumer acceptance is high in gaming, sports, entertainment, and some retail industries.

Identity in this platform is considered equivalent to that in the physical world.

Tech CEOs like Mark Zuckerberg or Satya Nadella talked about it, the metaverse is the future of the internet.

Facebook changes its name to ‘meta’ and it spends $10 Billion each year on its metaverse initiatives. Companies like Amazon, Apple, Google, Microsoft, Nvidia, and Tencent are busy preparing for the metaverse.

In January 2022, Microsoft announced the largest acquisition in Big Tech history, paying $75 billion for gaming giant Activision Blizzard, which would “provide building blocks for the metaverse.

According to McKinsey & Company, corporations, private equity firms, and venture capitalists made a total of $120 billion in metaverse-related investments in the first five months of this year.

Metaverse is centered on augmented reality but it is not a completely new digital world in the future it would intersect with our real world.

This particular virtual world version will actually be able to change the way we live. Most Important Future Technologies That Will Change The World
Next Article 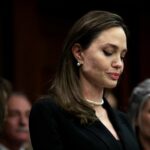