House of the Dragon, the first of many Game of Thrones spinoffs to battle it out in pre-production for a green light from HBO, will officially grace our screens this Sunday. It’s been three years since the controversial finale of Thrones, and this prequel is hurtling us back to not just the world of Westeros itself⁠—but 200 years in the past. Read more to know about on the Targaryen Family Tree.

The power-jockeying of Game of Thrones may have been hard enough for viewers to keep track of the last go-around, so this time, House of the Dragon is mainly sticking to the drama of one royal family. The Targaryens—the dragon-riding house that conquered and united the Seven Kingdoms—are our sole focus. They may be ancestors of Game of Thrones protagonist Daenerys Targaryen, but House of the Dragon doesn’t require any knowledge of the past eight seasons to enjoy. It certainly helps, but new viewers should be able to squeak by with just a little help. For those uninitiated or viewers who need everything they need to know in one place, we’ve got you covered.

Below are all the main Targaryens and Hightowers in the series who are key players in the conflict. (Think of them as Daenerys’ distant aunts and uncles if you’re confused about the connection.) Some details are based on what is known to happen during the books, so there could be some deviation in the series, but it’s pretty close.

Viserys succeeded King Jaehaerys Targaryen, his grandfather, when he was chosen by the Lords of Westeros for the Iron Throne

Rhaenyra is the first-born child of Viserys and his first wife Aemma Arryn. As such, she has a legitimate claim to the throne, but the age-old issue of her being a woman raises its ugly head.

Rhaenys was also once in line for the throne as well as a dragonrider, but she was ultimately passed over by the Great Council for her cousin, Viserys. Yes, it’s because she was a woman.

Daemon is the younger brother to King Viserys and his official heir to the throne. While he is well-known for being a great dragonrider and warrior, he has a little bit of that alarming Targaryen tendency to walk the edge of madness.

Alicent is the daughter of Otto Hightower, the Hand of the King, and the second wife to Viserys. She is known for being one of the most attractive women in the Seven Kingdoms.

The incredibly loyal Otto Hightower is the Hand of the King. As we’ve previously seen, loyal people have a rough time in the Seven Kingdoms, and Otto’s main opponent in the series is likely to be Daemon. Andrew Tate Is Now Also Banned From YouTube
Next Article 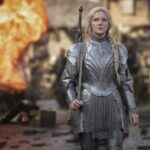