“The White Lotus” gave us the sinister tropical vacation we never knew we needed — and delivered some of the best performances of 2021. Surprisingly, during the first season’s end, HBO revealed that White Lotus Season 2 will be released.

“Is ‘The White Lotus’ a murder-mystery? Yes. Is it also a comedy? Absolutely! Does it confront the harsh truths of America’s wealth gap by studying a contained batch of subjects on either end of the ever-widening spectrum? It would be weird if to say No, so yup, that’s there, too.”

The first season of The White Lotus was an eye-opening glimpse into the lives of the rich and dissatisfied, providing an astute commentary on class structure and the wealth divide.

Prior to the airing of the season one finale, HBO announced that The White Lotus would return for a second installment.

Francesca Orsi, Executive Vice President, HBO Programming wrote in a press release, “Mike [White] has once again delivered a quintessential HBO show, and it’s the talk of the town. We were thrilled to hear where he wanted to go next, after closing this epic chapter in Hawaii, and can’t wait to keep following him wherever he takes us.”

What Will The Name Of The Second Season?

The second season will be titled White Lotus: Sicily, and follows the critically acclaimed first season, which earned 20 Emmy nominations—including eight nods in the acting categories.

The Cast Of White Lotus Season 2

The new season leaves Hawaii behind and follows a different group of vacationers as they jet to another White Lotus property and settle in temporarily amongst its inhabitants.” A group of deep-pocketed vacationers heads to a luxurious destination. Creator Mike White is sure to work in the perfect amount of dark comedy when things go wrong with his oddball characters at the White Lotus Sicily resort.

When Will White Lotus Season 2 Release?

The White Lotus will return in October, though the exact release date has not been revealed yet. MTV Video Music Awards 2022: Everything You Need To Know
Next Article 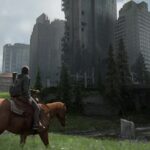