The peppy track sees Kangana performing with a lash in front of the Indian Army, while Saif Ali Khan, who plays a producer and her love interest in the film, looks on in pride.

Kangana said in a statement,“I’m better known for my so-bad-it’s-good dance. But in this film, I did three major dance sequences in the first schedule,”.

“Dance in the ‘40s was about high energy and for me, it was all too new. I rehearsed a lot and I don’t think I was amazing. But I wasn’t terrible either. Julia is a first rate performer and to justify her popularity, I needed to be damn good. However, I was determined. Even if it meant breaking bones, I had to do it for this part,” she further added.

The film also stars Shahid Kapoor and Saif Ali Khan, directed by Vishal Bhardwaj, the film is slated to release on February 24. 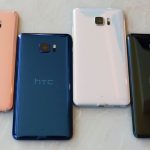 HTC U Play and U Ultra Launched with No Audio Jack; Check Out Specifications, Features and Price
Next Article 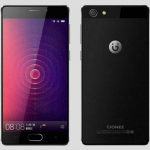