In an autobiography “surrender” by Bono, describes Barack Obama inviting Bono at White House and how he fell asleep at the White House.

The former president Barack Obama and the singer spent a night together at 1600 Pennsylvania Avenue.

In his book memoir, Surrender: 40 Songs, One Story, released Tuesday, the Irish musician, 62, describes a remarkable visit to the White House during Obama’s presidency.

After having drinks with the 44th President of the United States, Bono states that his allergy to salicylic acid, which is present in wine, other foods, or over-prescription drugs, led him to fall asleep.

Obama was enjoying drinks, according to Bono, and added, “the U2 frontman had a glass of wine — “Or was it two?”

He said that because salicylates are present in wine, the effects of the tolerance hit him quickly.

He added, “As I started to fall asleep, I excused myself, and what happened next is a little blurry, but, according to Ali, it took about ten minutes before the leader of the free world asked her, ‘Bono’s been gone awhile. Is he okay?”

According to him, “his wife proceeded to tell Obama that there was no need to worry, but the then-president was determined to find him. After Obama remembered that Bono asked him about the Gettysburg Address, they began searching for him in the Lincoln bedroom.”

In his autobiography surrender “40 Songs, One Story” he wrote, “Good instinct. They walked into the Lincoln Bedroom, and there I was, out cold, head in the bosom of Abraham Lincoln, on his very bed. ‘Falling asleep in the comfort of our freedoms,’ as I spun it afterward”.

The musician joked that Obama “doesn’t believe for a second” that he has a salicylate sensitivity.

Adding to this,”He thinks Ali made this up to cover for me. He tells people he can drink me under the table. Rubbish. But he does make a strong martini.”

Who is Bono and Why Did Barack Obama Invite Bono at White House?

Paul David Hewson was born on 10 May 1960 in Dublin. He is is an Irish singer-songwriter, activist, and philanthropist. He is the lead singer and lyricist for the rock band U2.

In addition to 22 Grammy Awards and two Golden Globe Awards for Best Original Song, Bono has received countless honours with U2 (for “The Hands That Built America” in 2003 and “Ordinary Love” in 2014).

In 2005, U2’s first year of eligibility, Bono was nominated as a member to the Rock & Roll Hall of Fame.

On Rolling Stone’s list of the 100 Greatest Songwriters of All Time from 2015, Bono and the Edge came in at number 35.

The “Poverty is Sexist” campaign, which is “particularly aimed at supporting the world’s poorest women,” was founded by Bono, who received recognition.

Bono was awarded the 2021 J on April 1, 2022. The Fulbright Association awarded him the William Fulbright Prize for International Understanding in appreciation of his advocacy work.

Obama and singer met in 2010 to talk about international charity, and Bono proudly announced that he had spoken with “the first BlackBerry president.”

When irish singer and his family visited Ireland for the 2013 G8 meeting, the former first family was introduced to them. 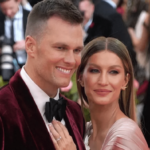 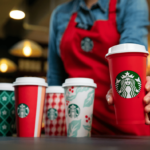