Starbucks is celebrating the 25th anniversary of its signature Starbucks Red Cups with four brand-new designs that resemble “little gifts.”

Customers have been amazed by the holiday cups’ fresh designs for 25 years. The four additions this year will provide “comforts and cheer of the season,” according to a release. All of the cups are designed to appear to be wrapped in sweet wrapping paper.

Gary Jacobson, Starbucks creative director for this year’s holiday campaign said, “We have always talked about the cups as little gifts, and we hope they feel like a festive present to our customers and store partners”

Jacobson also considered the history of the cups, which have had happy pictures since 1997, ranging from jewel-toned tones in the late 1990s to snowman graphics in 2012.

“Looking back at all the years of holiday cups, you can see the commitment to design and artistry and all things handcrafted. I think that’s why they have become part of a lot of people’s holiday traditions. They invite people in because each new design captures a moment in time with its own unique take on the holidays.”

This year’s Starbucks red cups come in two different designs: one features wavy green ribbons and sparkles, and the other features sparkles and diamonds on a frosted mint green cup. A third festive cup has a white background and is decorated with tiny ornaments, including stars and Christmas trees. A largely red cup with white graphic Christmas tree patterns completes the collection.

On Thursday, seasonal drink favorites will also be back, including the 20-year-old peppermint mocha that Starbucks baristas have been serving.

According to the press release, the Irish cream cold brew, the toasted white chocolate mocha, the chestnut praline latte, and the caramel brulée latte are all returning to the seasonal menu. Additionally, the iced sugar cookie almond milk latte, which made its debut last year, is coming back.

With Starbucks Red Cups, it is introducing a new bakery item, the chocolate pistachio swirl, in addition to the traditional, warm drinks. Rich chocolate filling with cinnamon and chocolate flavoring is swirled throughout the pastry, which is made with “buttery, brioche-inspired dough.” Selected pistachios and mint chocolate chips are sprinkled on top of the new dessert.

Who is Starbucks And Why is the Hype For Starbucks Red Cups?

The business operates 33,833 outlets as of November 2021, with 15,444 of those being in the United States. Over 8,900 of Starbucks’ U.S. locations are company-operated, while the remaining ones are licensed.

A loyalty program with benefits like free Wi-Fi Internet access, no cost for soy milk and flavored syrups, and free refills on brewed drip coffee, iced coffee, or tea was launched in May 2008 for registered users of the Starbucks Card.

If a consumer shows their rewards card or scans it using the mobile app each time they buy a drink, they will receive stars. These stars eventually stack up and can be redeemed by consumers for benefits like free drinks, free add-ons, free bakery goods, or free merchandise.

The holiday season is around and this time Starbucks is surprising its fans with its iconic Starbucks red cups.

Starbucks Red Cups are trending on every social media platform.

For the upcoming Christmas season, Starbucks has just introduced its signature red cups. You know, the ones that are stocked with gingerbread lattes and peppermint mochas.

To celebrate tradition and create buzz among the users and increase their sales Starbucks is creating hype for its Starbucks red cups. 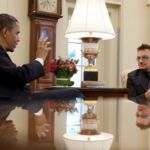 “Once Woke Up in White House Lincoln Bedroom After Dinner and Drinks with Barack Obama” : Bono
Next Article 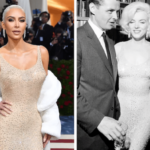 Kim Kardashian Met Gala Dress 2022: She Tried ‘Everything’ to Fit Into: ‘I’m a Shapeshifter,’ she says
Leave a comment Leave a comment