Latterly, news viral everywhere that our Prime Minister Mr Narendar Modi has demonetized 500 and 1000 Rs currency in the welfare of conducting clean and corrupt free India. This news has put in shocked to those who have gathered million of rupees into their secret places and bring a breeze of relief for those who are gazing upon Mr Modi with hope in terms to build a lively nation in true means. Cash relief is the issue which can be faced by the common man.

Yes, this is the matter of fact that mango people of the nation are juggling with the long queues outside the bank to get their notes exchange. Earlier the limit was 4000 which latterly changed to 4500 and again has gone down to 2000 Rs only.

Now, you must be wondering what has made this government to take this decision. Well, the answer is very simple it is us who have pushed the finance department of the country to take such a strict action.

Some videos have gone viral which has been conducted by some electronic media channels and in those videos, it can be seen that how for the sake of 300 Rs people are willing to be in a queue to exchange the money on behalf of others.

This also gives a sign towards corruption and analysing the worst, our finance minister Mr Jaitley has decided that people who will be visiting the bank in terms to exchange their respective money will be decorated with the ink which they get during the time of elections.

So, what will happen if once they have exchanged the money than they would not be able to do it again? We think it is a brave step taken by the government. This will help the genuine who are actually in need of some hard cash to bare their day to day expenses.

Moreover, now the citizen of the nation would be able to dispense 2000 Rs at some of the selective petrol pumps only (initially) announced by the head of the RBI. This decision has been initiated towards the hope that long queue will not exist outside the bank.

Though for the cash relief the areas of petrol pumps are selective but slowly and gradually it will be increased by viewing the trends stated by officials. Adding on that the finance department with the help of RBI has also guided the instruction to the official printing press to print the 500 and 2000 Rs notes in a fast mode so that crisis can be tackled.

With the recent declaration by RBI head, now, the people who supposed to have their children marriages in near time would be able to withdraw up to 2, 50,000 Rs cash from their respective bank accounts. This is a big relief as complaints were coming a lot from this particular section of the society.

According to the sources, more announcements and decision will take place in the near future according to the needs and requirement of cash relief. They said the ministry is concerned with a belief of people and is ready to help them in all positive aspects. We hope this will be resolved ASAP and things will be back to normal. 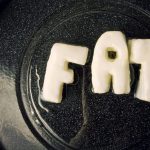 Reduce fats through baby steps: A complete guide
Next Article 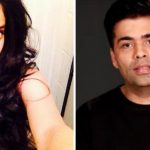