The movie features the history of Banda Singh Bahadur nearly 350 years ago, narrating about the previous incidents from the first movie and then bringing Banda Singh Bahadur into the limelight. Sikh’s tenth Guru Gobind Singh travels to Nanded (Maharashtra) where he meets an austere sadhu Madho Das on the banks of Godavari river and takes him as his disciple. After renaming him Banda Singh Bahadur from Madho Das, the guru makes him a warrior in order to protect the faiths of Sikh and Hindu religion. The movie showcases how he gathers the Sikh forces to fight against Sirhind’s cruel governor Wazir Khan.

Things that were imperfect – Rise of Banda Singh Bahadur Review

The rise of Banda Singh Bahadur is a tale of bravery, struggle, and fight against evil. The movie lacks the story description as director Harry Baweja was unable to describe the things which were registered in the history. Moreover, there were some flaws in animations and effects which could be easily detected while watching the movie. Voice-over artists did a good job but same can’t be said about the animators.

If history is something that you love, then Rise of Banda Singh Bahadur movie is worth watching. The film is slated to do good business in North India and abroad. 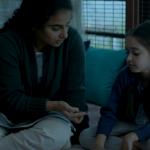 Watch: Mehram song Kahaani 2 is a feast for the ears and its bound to make you teary
Next Article 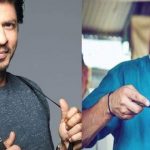