Commando 2 Character Posters: Just after releasing the teaser poster, the makers have now unveiled the character posters starring Vidyut Jammwal, Adah Sharma & Freddy Daruwala. The movie is a sequel to 2013 movie Commando, which was tremendously high on action.

Esha Gupta has given out a very strong teaser poster.

The makers took to twitter saying, ‘He is back on duty with twice the action! Gear up for #Commando2 @VidyutJammwal’

Commando 2 will feature Vidyut Jammwal playing the role of Captain Karanvir Singh Dogra who is on a mission to completely destroy the black money, which has been transferred to banks overseas. The movie also features Adah Sharma playing the role of Bhavna Reddy, showing some bold and kickass actions. The other actress is Freddy Daruwala, she will be playing the role of ACP Bakhtawar Khanshe, also maintains a deadly reputation.

We must say makers are giving perfect promotions goals, first theimpressive teaser and now the character posters. Directed by Deven Bhojani and produced by Vipul Amrutlal Shah, Commando 2 is all set to hit the screens on March 3, 2017. 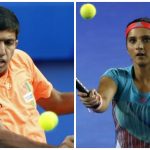 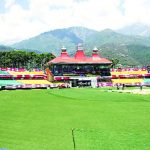