Determination of the Speed of Light : A Brief History

Danish Astronomer Ole Rømer was observing the eclipses of Jupiter’s moon Io. Rømer found a discrepancy in the predicted and actual appearances of the eclipses. In an announcement to the Royal Academy of Sciences in Paris, Rømer predicted that the Io would come out of the shadow of Jupiter ten minutes after it was anticipated, on 16 November 1676.

Instead of the speed of light, Rømer was more interested in explaining the discrepancies of the emergence or immersion of IO during its eclipses.

Rømer calculated that it would take roughly ten to eleven minutes for light to travel a distance equal to half the diametre of a terrestrial orbit.

This estimation works out to 220,000 kilometers per second, a value that is twenty six percent below the actual value. Rømer rightly predicted that light had a finite speed, which was itself not yet established in the scientific community.

While Google is commemorating Ole Rømer determining of the speed of light, it was only an indirect inference of his findings. There is some debate over who exactly should be credited for the discovery, with some scientists preferring to credit Christiaan Huygens who calculated the approximate speed of light in Earth based units.

Determination of the Speed of Light : Christiaan Huygens

(14 April 1629 – 8 July 1695) was a prominent Dutch mathematician and scientist. He is known particularly as an astronomer, physicist, probabilist and horologist.

Huygens was a leading scientist of his time. His work included early telescopic studies of the rings of Saturn and the discovery of its moon Titan, the invention of the pendulum clock and other investigations in timekeeping. He published major studies of mechanics and optics, and a pioneer work on games of chance.

Huygens is remembered especially for his wave theory of light, which he first communicated in 1678 to the Paris Académie des sciences.

A basic principle of Huygens is that the speed of light is finite, a point which had been the subject of an experimental demonstration by Olaus Roemer (1679 at the Paris Observatory), but which Huygens is presumed to have believed already

Determination of the Speed of Light : Olaus Roemer

(25 September 1644 – 19 September 1710) was a Danish astronomer who in 1676 made the first quantitative measurements of the speed of light. Rømer also invented the modern thermometer showing the temperature between two fixed points, namely the points at which water respectively boils and freezes.

The determination of longitude is a significant practical problem in cartography and navigation. Philip III of Spain offered a prize for a method to determine the longitude of a ship out of sight of land, and Galileo proposed a method of establishing the time of day, and thus longitude, based on the times of the eclipses of the moons of Jupiter, in essence using the Jovian system as a cosmic clock; this method was not significantly improved until accurate mechanical clocks were developed in the eighteenth century.

Galileo proposed this method to the Spanish crown (1616–1617) but it proved to be impractical, because of the inaccuracies of Galileo’s timetables and the difficulty of observing the eclipses on a ship. However, with refinements the method could be made to work on land.

After studies in Copenhagen, Rømer joined the observatory of Uraniborg on the island of Hven, near Copenhagen, in 1671. Over a period of several months, Jean Picard and Rømer observed about 140 eclipses of Jupiter’s moon Io, while in Paris Giovanni Domenico Cassini observed the same eclipses. By comparing the times of the eclipses, the difference in longitude of Paris to Uranienborg was calculated.

Cassini had observed the moons of Jupiter between 1666 and 1668, and discovered discrepancies in his measurements that, at first, he attributed to light having a finite speed.

In 1672 Rømer went to Paris and continued observing the satellites of Jupiter as Cassini’s assistant. Rømer added his own observations to Cassini’s and observed that times between eclipses (particularly those of Io) got shorter as Earth approached Jupiter, and longer as Earth moved farther away. Cassini made an announcement to the Academy of Sciences on 22 August 1676:

This second inequality appears to be due to light taking some time to reach us from the satellite; light seems to take about ten to eleven minutes [to cross] a distance equal to the half-diameter of the terrestrial orbit.

Illustration from the 1676 article on Rømer’s measurement of the speed of light. Rømer compared the duration of Io’s orbits as Earth moved towards Jupiter (F to G) and as Earth moved away from Jupiter (L to K).

Oddly, Cassini seems to have abandoned this reasoning, which Rømer adopted and set about buttressing in an irrefutable manner, using a selected number of observations performed by Picard and himself between 1671 and 1677.

Rømer presented his results to the French Academy of Sciences, and it was summarised soon after by an anonymous reporter in a short paper, Démonstration touchant le mouvement de la lumière trouvé par M. Roemer de l’Académie des sciences, published 7 December 1676 in the Journal des sçavans.

Unfortunately the paper bears the stamp of the reporter failing to understand Rømer’s presentation, and as the reporter resorted to cryptic phrasings to hide his lack of understanding, he obfuscated Rømer’s reasoning in the process. Unfortunately Rømer himself never published his results. 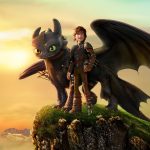 How to Train Your Dragon 3 Gets Delayed, New Dates Finalized
Next Article 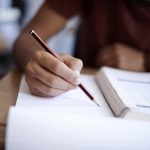