Effigies of terrorism to be burnt this Dussehra: Like every year, the effigies of Ravana, Kumbhkarana and Meghnada; the faces of evil will be burnt on Dussehra. While this time, we have a new name for Ravana, and it is “terrorism”. While the masses are all set to celebrate Dussehra burning the effigies of Ravana, Meghnada, and Kumbhkarana, there’s yet another effigy to be burnt, it would be of the “terrorism”.

Contents
Along with Ravana, Effigies of terrorism to be burnt this DussehraAnti-terrorism is the theme

This time around the effigy-makers have been getting rising demands from people to make the effigies of “terrorism” as well. Or else to make the effigy of Ravana with the anti-terrorism slogans like “Nawaz Sharif-jaisi karni waisi bharni” and “Pakistan Murdabad”.

Along with Ravana, Effigies of terrorism to be burnt this Dussehra

Anti-terrorism is the theme

The main hub of the effigy makers in Titarpur has been witnessing a rise in such demands of late. They said that till now they’ve made around 12-14 effigies having the anti-terrorism slogans. Also, the effigies of Nawaz Sharif and other Pakistani terrorists are high in demand this time.

While others, not demanding too obvious “terrorism” effigies have ordered the effigies covered in green paper symbolising the Pakistani flag trying not to invite any controversy.

Every year on Dussehra, the effigies are made based on a theme. This time, the theme for Dussehra is “anti-terrorism” while last year it was “Don” or “Khalnayak”.

Not only this, the thoughtful masses have also decided to install the posters saluting the Indian Army during Ram Lila in remembrance of the soldiers killed during the Uri attacks.

Well, Dussehra symbolises the victory of good over the evil. So, the theme chosen for this time perfectly suits the current scenario prevailing in the country. Over the past few years, the meaning of evil has changed. Probably, terrorism is the biggest evil today that needs to be burnt down to ashes just like its effigy.

Great Indian Festival Returns On October 17; No Details On Offers Yet
Next Article 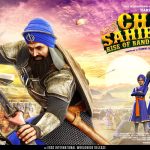