In the beginning of the month, Amazon and Flipkart held their annual sales events – Great India Festival and Big Billion Day. Both sold tonnes of products and earned good profits from it. Consumers also availed heavy discounts and made the most out of it. However, if you were not able to make the most out of it, don’t worry. Amazon has announced that the Amazon Great India Festival returns later this month!

Amazon Great Indian Festival returns: All you need to know

This time, the sale will go on for 3 days i.e. October 17 to October 20. We can expect a lot of offers and discounts on gadgets, home appliances, cosmetics, clothing and whatnot. Currently, Amazon has only given out the dates; no other details on offers are out yet. It is also not clear whether the offers from the previous are going to be repeated or this time, Amazon will present new deals. If the offers are brought back, you can expect the Lenovo K4 Note, Moto G4 Plus, Coolpad Mega 2.5D, LeEco Le Max 2. These phones were the top deals during the sale so you might want to take a look at them once more.

It is possible that the same offers are not available anymore. But if that is the case, it means new offers would be available on other devices and products. To attract more customers, it offered more than just discounts. There were a whole lot of things going on. These included cashback for HDFC credit/debit card users, Airtel offering up to 10GB of 3G/4G data on purchase of select phones, special prices of Airtel Digital subscription on the purchase of televisions etc.

Also read: – Electronics to look out for in the Great Indian Festival.

Amazon will be clearing our doubts regarding deals and offers in a few days so you better stay hooked.

Also, Amazon claimed that they sold a whopping 15 million units in during the length of the sale. They even saw around a billion hits during the first 12 hours of the sale. The volume of sales was seven times more than the previous year’s numbers.

Also read : – Offers on Amazon you might want to grab!

You can never guess what was at the top of the most selling list. It was the Amazon Prime subscription. Amazon reported that one out of every three shipments was to a Prime customer. Television and mobile phones saw 25 times and 5 times more sales than an average day.

One more thing, to make sure that you do not miss any exciting deal that Amazon gives; we would suggest that you fill in all your details such as the credit/debit card details, shipping address etc in order to avoid any unnecessary wastage of time while grabbing the deals. It is so because many times Amazon puts up some products at a special price only for a limited time. Along with the limited time, the stock is also limited so you should go all fast ‘n’ furious while at it.

Basically, the Amazon Great Indian Festival returns and it is from October 17-20 this time. That is pretty much all we know about it right now. But we will let you know as soon as we get any new updates on the subject matter. 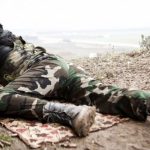 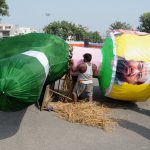