The loan provider Wonga South Africa recently carried out an in-depth study into the country’s financial wellbeing. It found that people’s expectations were not always a good match for reality.

Optimism is an important and healthy trait to have. However, when aspirations do not align with reality, it’s possible that optimism can breed discontent. When looking at the income aspirations of 8,000 South Africans, the study found that 90 percent aimed to earn as much as the nation’s top 10 percent of earners.

The report found that half of the survey’s respondents currently earn less than R10,000 a month. Understandably, people would want to earn more. However, given the difference between current and aspirational income levels, for many people, their hopes will not be fulfilled.

The report found that when it comes to transportation, status is very important for many South Africans. With the majority (56 percent) of people still relying on public transport to get around, owning a private vehicle is still seen as a sign of wealth. However, rather than simply owning a car, it was luxury car brands like Mercedes-Benz and BMW that the respondents aspired to.

Of the cars currently owned by South Africans, Volkswagen was the most common make (19 percent), followed by Toyota (11 percent), Ford (9 percent) and Hyundai (9 percent). Although these are all perfectly respectable makes of car, when asked what vehicles they’d like to own, it was BMW and Mercedes-Benz that came out on top with 15 percent and 12 percent of the vote respectively.

When digging deeper into the financial priorities of the respondents, there was a fair amount of pragmatism on show, with many South Africans simply focused on keeping a roof over their heads. 34 percent of respondents said they consider their rent or mortgage to be their most important monthly expense, with food shopping, saving and debt repayments also making the list.

The pragmatism of their financial priorities did not go unnoticed by many respondents, who said they’d like to have more extravagant financial goals on their list. However, many claimed that the state of their finances was preventing them from achieving their ambitions, with some even holding back on purchases like food (12 percent) and clothing (15 percent), while others admitted to delaying major life events like getting married (12 percent).

Financial aspirations are being undermined

The report shows that many people feel optimistic about their futures, and with more than 2.3 South Africans escaping poverty over the last decade, so they should. However, wealth inequality is still high, and many people may need to realign their financial aspirations and goals if they are to achieve real financial wellbeing in the future.

What are your financial goals in life? Do you feel you’re in a position to achieve them? Please share your thoughts with our readers in the comments below. 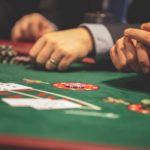