Samsung was already having issues in recovering from the Note 7 mess. To further rub salt into the wounds, a Florida man sues Samsung. The reason behind this is his Note 7 which exploded in his pants front pocket. He claims that the explosion left him with severe burns.

This might be the very first case in the US for the defective battery in the Note 7. The incident happened the following day Samsung had recalled all the Note 7s sold in the states.

Samsung has so far received 92 incidents of overheating of the device which includes 26 burns reports and 55 cases of damage to property in the US itself. These numbers were provided by US safety regulators.

When did it happen?

Strobel, 28, said he was in a Costco Coach in Palm Beach Gardens when the phone blew up.

His lawyer, Keith Pierro, said that the recall came too late for his client as Strobel has a second-degree burn on his right leg of about the same size as of the phone.

The victim even has a burnt left thumb which he explained happened as he attempted to take the phone out of his pocket.

The company did not say anything about the lawsuit.

The case is Strobel v. Samsung Electronics America Ltd. The lawsuit claims for an unspecified compensation for the medical bills, lost wages, pain and suffering, and other injuries. 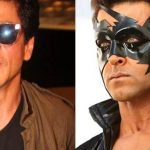 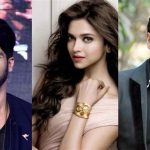