Internet users are already used to Google collecting data about their browsing habits and other personal information but it now seems that the technology company—who is making their debut in the wearables industry—would now like to also collect your blood too.

Indeed, Google Life Sciences has just filed a patent for a device made up of an accelerator barrel housed inside a negative pressure barrel fixed to a housing cylinder containing pressurized gas which, when released can force a micro particle to pierce the skin and collect tiny amounts of blood.

Other sizes and form factors are possible as well.”

In addition, Google Life Sciences medical director Dr. Jessica Mega notes, “We’ll try to understand the fundamental building blocks — the systems biology for what it means to be free of overt disease, what we call ‘healthy.’ Then we’ll follow people to try to capture the early signs of that transition, with the goal of trying to prevent disease as we go forward.”

The study leader goes on to say that her team is “trying to combine deep molecular data, clinical data, imaging data and patient engagement,” hoping, of course, to take the data outside early testing environments.

“That’s something I think places like Google and Google Life Sciences will be particularly good at — using machine-learning algorithms and trying to come up with new observations,” she says continues. “People don’t want a lot of unnecessary, expensive, cumbersome, inaccurate tests. But we’re working to come up with things that provide actionable information. People ask if this will be something that only a handful of people can use. The hope is that they will be scalable. We’re a bit early in that mission, but it’s something we take seriously.” 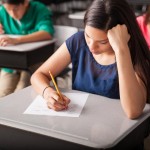 Are American Kids Overtested?
Next Article 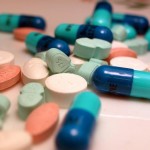