Ban on celebrities for misleading Ads: The Consumers Affairs Minister Ram Vilas Paswan has been considering a ban on the celebrities who are seen taking part in misleading advertisements. The Parliamentary panel has been suggesting more stringent actions like a jail-term for these celebrities. However, Mr. Paswan has not agreed to it.

The Parliamentary panel was of the view that the celebrities should be held responsible for the brands that they endorse. The celebrities have a social duty as well that they ought to do well.

Ban on celebrities for misleading Ads

The committee had also stated that the other countries had already been taking care of this issue with stringent actions being taken against the defaulting celebrities. And this should also be taken care of while formulating the new law regarding the ban.

He further added that the bill will be passed in the coming session of the Parliament most probably. Mr. Paswab also asked the celebrities to act responsibly and endorse only those products the ads of which are not misleading. Only that information should be communicated in the advertisements which is true about the product and is also mentioned on it.

The debate whether the celebrities should be held responsible the misleading advertisements is now a decade old. Many a times this issue has been talked of in the Parliament. Well, there certainly is a sense of responsibility that the celebrities must adhere to while endorsing an advertisement.

One such example of social responsibility is when Amitabh Bachchan had dropped the endorsement of “Coca-Cola” drink after a little girl had asked him about why he was endorsing it even though he knew its harmful effects? 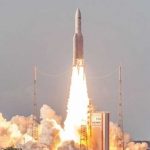 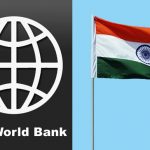