Grandmother celebrated Thanksgiving with stranger for years. Yes, you heard it right! This all happened with a random text in the year 2016. 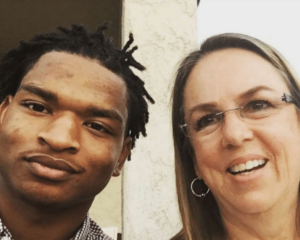 To celebrate Thanksgiving dinner with her grandson Wanda Dench texted her grandson. Dench was unknown of the fact that his 24-year-old grandson has changed his number. But unexpectedly it was a boy who then was 17 years old boy named Hinton replied. They both exchanged selfies to figure out the confusion. From then grandmother celebrated thanksgiving with him.

How Did Grandmother Celebrated Thanksgiving With Stranger?

He replied,” You, not my grandma … can I still get a plate tho?” To which she replied, “Of course, you can. That’s what grandmas do … feed everyone.”

Since that day they both have been celebrating thanksgiving day together. Each year grandmother celebrated thanksgiving with Hinton. 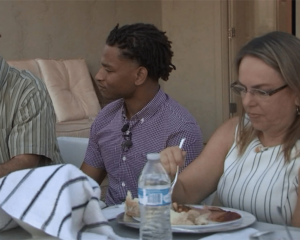 This year also they both will be celebrating thanksgiving together and took to Instagram saying, “To answer all your questions, yes Thanksgiving year 7 is planned out!.”

He also posted a photo on Instagram with the caption, “See you guys Thursday!”

They developed a special bond with each other. They shared the purest form of friendship. They both have been at each other side since then. When Wanda lost her husband due to Covid-19 in April then Hinton consoled her for the loss she suffered. 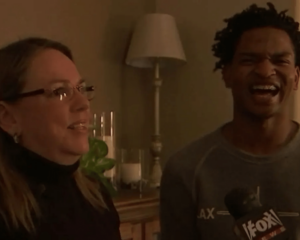 They both shared meals together while lighting a candle for her husband Lonnie. This was shared online.

Grandmother captioned the image with,” It’s going to be different, my first Thanksgiving without him.” According to sources she said, “My husband was always right behind me, telling me how proud he was of Jamal and me for what we’ve done.”

She also described her husband whom she met when she was 20. She also said, “always true to himself” and was love at first sight.

She concluded by, “He was the person I wanted to be like.”

Jamal also added to this, “I’m just grateful that we are here, we are together,” and “I don’t know what I would be doing for the holidays this year, last year, or years before if I didn’t have Wanda in my life, so I’m just grateful.”

The best part of their relationship is that Netflix will be featuring how grandmother celebrated thanksgiving with stranger and how it started. The streaming platform said the movie, titled “The Thanksgiving Text,” will tell the true story, noting how a “deep friendship was formed between Wanda and Jamal, despite their very different backgrounds.”

They both said, “We are excited to share our story with the world. We hope it inspires more people to reach out and make connections that they wouldn’t ordinarily make.” 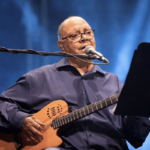 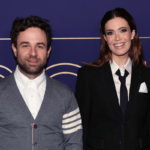 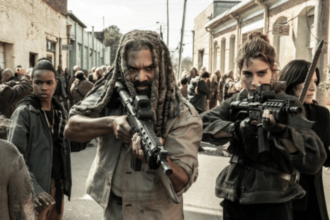