Nawazuddin Siddiqui is one of those few actors who opts for the rarest story and never-portrayed characters. His movies may not earn in crores but, he has been always appreciated for the choices he made. Aditya Roy Kapoor and Shraddha Sharma’s OK Jaanu was also released with Haraamkhor and It had an average start.

The Censor Board objected to the ‘bold’ content of Haraamkhor because they thought the Indian audience was not ready and would not appreciate for such experimental theatre. So, the makers made a legal appeal before the Film Certification Appellate Tribunal, which delivered the verdict in the movie’s favour. Due to this, the movie got delayed from the pre- scheduled release date for almost an year.

Nawazuddin Siddiqui charged nothing but just a token amount of one rupee for his latest release “Haraamkhor”. Directed by Shlok Sharma, based on an unacceptable relationship between a Teacher and a student. 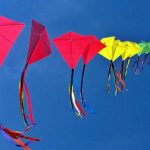 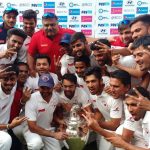