Harry Potter’s Dumbledore back in town

The original Fantastic Beasts and where to find them has not yet released and its sequel is doing the talks in the Hollywood market. Based on the novel written by J.K. Rowling, Fantastic Beast is one of the best rated movies which will release on November 18, 2016. Already, Johnny Depp has been announced and the new character which will make its comeback is none other than Harry Potter’s Dumbledore. The good sorcerer will play an important part in the movie sequel.

Hold on guys! this time you won’t be seeing him in a character of Hogwarts profound principal but in a more younger character. Who will play Harry Potter’s Dumbledore character? It is still unknown as director David Yates hasn’t announced anything about it. According to him, the casting is underway. The three book series production is on roll and the movie could be extended to five parts. Early box office projections show that Fantastic beast and where to find them ought to do a better job and so do its sequels.

With Gellert Grindelwald powers on rise and he is on loose to break havoc on the world and it would be exciting how Harry Potter’s Dumbledore will be stopping him along with ‘Newt Scamander’ (played by Eddie Redmayne, if you remember him as Stephen Hawkins). The book also states that Grindelwald and Dumbledore were close friends and even Dumbledore was secretly in love with him. Later he becomes a dark powerful wizard.

The sequel to Fantastic Beast and where to find them release date has not been announced but it is slated to release somewhere in 2018. 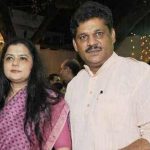 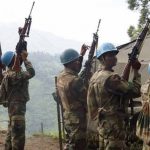