32 Indian peacekeeping forces were injured in an explosion in the city of Goma in Congo. The blast also killed a child, according to UN. Indian Peacekeepers injured when they were out for a morning run in western Goma in the Democratic Republic of Congo.

“We just heard the explosion and cries, so we ran to see” as told by Ismael Salumu an Imam in the nearby mosque who was mentioned that three peacekeepers were killed in the blast.

There are about 18000 uninformed troops serving as Peacekeepers under UN directions. India peacekeepers injured in the blast, their identities are still unknown. The Democratic Republic of Congo is a tense place as millions have died in regional conflicts from 1999-2003 and dozens of an armed group are still operating terror in the country.

It is the 17th year of Indian Peacekeeping mission force in the Democratic Republic of Congo.

In the Democratic Republic of the Congo since July 2010 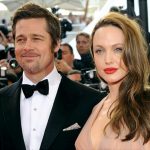