Today is the birthday of one of the most popular Indian actors; Dev Anand, who would have turned 93 today. He has also worked as a director, writer, and a producer apart from being an outstanding actor. He has won many awards and honours for his overwhelming journey in the Indian film industry. He is believed to be one of the most influential actors, the Indian cinema has ever had. 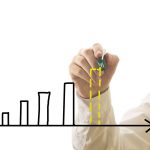