The Videocon Graphite2 V45GD Smartphone features a 4.5-Inch WVGA display and a screen resolution of 854×480 pixels with 218ppi of pixel density.

It is powered by a quad-core MTK6735M processor and Mali400 MP1 CPU clocked at a clock frequency of 1GHz.

The device comes with 1GB of RAM and 8GB of internal memory that can be further expanded up to 64GB using a micro SD card.

On the camera front, the smartphone comes with a rear camera of 5-megapixel with dual-LED flash and is capable of recording HD 720p videos at 30FPS. It has also got a front-facing camera of 2-megapixel. Other camera features include Continuous shot (49/99), HDR and Panorama. 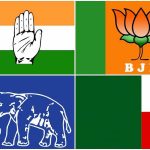 Uttarakhand Assembly Elections 2017: Schedule, Current Political Scenario and all the updates you need to know
Next Article