Rock On 2 Jaago Song : Rock On 2 created quite a lot of ripples when its teaser came out around a week ago. Rock On is quite a big name which took everybody by surprise when it came out back in 2008.

The burning question which arises here is whether the sequel to musical drama will be up to the expectations of the people. To further make people crazy about the movie, a song by the name ‘Jaago’ has been released today.

The Song has been sung by Farhan Akhtar and Sidharth Mahadevan, who is the son of iconic music composer and singer Shankar Mahadevan. And the music has been composed by the Shankar-Ehsaan-Loy.

Along with Farhan Akhtar, Shradhhar Kapoor  will also be seen in the lead in the movie and Arjun Rampal is also a part of the movie. the Teaser of the movie already created enough buzz for Rock On 2. However, the fans are eagerly waiting for the music of the movie. And for now, the first song of the movie is out.

“Jaago” could possibly be the next Youth anthem. As the songs and even the video is enough to make young people crazy on its beats and with rock music. The lyrics of the song are also really effective.

The film is supposed to hit the theatres on 11 November. It has been directed by Shujaat Saudagar. Though it is still not clear who all might be a part of it. 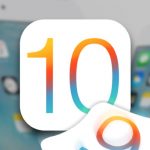 WARNING: Planning to update your Apple devices to the iOS 10? Think again.
Next Article