Masood Azhar asks Pakistan Govt to open path for terrorism: The Jaish Chief Masood Azhar has asked the Pakistani government to show some courage and let them initiate terror attacks in India in his article published in the Jaish Daily Al-Qalam. In the article, he has directly addressed the Pakistani Government. He further said that any delay in the decision making can take away the “historic opportunity” of seizing Kashmir from Pakistan’s hands.

If nothing else, then the government simply has to open the path for Mujahideen. Then god willing, all the bitter memories of 1971 will be dissolved into the triumphant memories of 2016.

He also said that after Jihadist actions were taken in Kashmir in 1990, India has been reduced to a mere earthworm from being a serpent. Azhar added that instead of SAARC being cancelled due to India putting so much pressure on Pakistan, it should have cancelled the Summit itself.

Recently, India had asked the United Nations to list Masood Azhar in the international terrorists’ list to which China had reacted saying India is trying to make political gains through this move.

“How to Lose Friends and Alienate People”- The Nation

In an article published in the famous Pakistani Daily; “How to Lose Friends and Alienate People” recently, many of the blazing topics have been discussed and some actions of the Pakistani govt have been questioned. It said that it is highly disappointing that the government is now lecturing the media on how to do its job, while it has more important matters to look at. And while pointing at the avertable action taken against Cyril Almeida it said:

Since the government would counsel us, the press, on how to do our job, we would like to offer some advice for them, on how to better do theirs. Leave journalists alone. Worry a great deal about Pakistan’s image abroad – some of our actions and inactions as a country are indefensible – everyone knows it, no matter how much we may pretend otherwise.

It questioned why the government considered taking any action against Masood Azhar and Hafiz Saeed as a potential “danger”.

The rift between the Paki government and the masses has increased considerably of late and now the people choose to voice out their opinion and question the government’s actions. 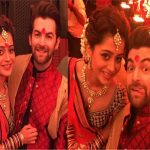