The subsidised LPG price increase by Rs 2.07 per cylinder and the Aviation turbine fuel (ATF) price has been cut down by 3.7 percent or Rs 1881 per kilolitre on Thursday.

The current revision was done by the Oil marketing companies(OMCs) that revises the rates of oil and gas on the first of every month after taking in view the global rates of oil and gas. This is the sixth revsion in the LPG rates over a time period of six months.

Over the past six months, the price of the LPG has been increased at a rate of Rs 2 (approx) per month, this is aimed at lifting the subsidy for the LPG gas. For the kerosene prices, the government has allowed the state-owned oil companies to to raise the price by 25 paise per litre after every weeks till ten months.

Now the price of kerosene is Rs 17.51 per litre in Mumbai, while Delhi has been declared as a kerosene-free state and there would not be any sale of the kerosene oil in the national capital. 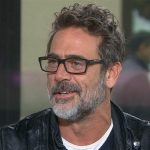 The Walking Dead: Negan Will be Back for Season 8, According to Jeffery Morgan
Next Article 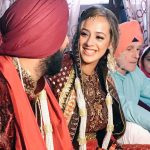