Neha Dhupia Show Chhote Miyan: The most controversial show Comedy Nights Bachao Taaza is now replaced by Neha Dhupia’s Show. It’s also a comedy show, Chhote Miyan which will be featuring kids from the age group of 4 to14 yrs and will be judged by actress Neha Dhupia. The shooting starts next week.

In an interview, Neha told media, “It will be reflective of the person I am. Since the shoot will be only once a week, it doesn’t affect school and other schedules,” adding that she has a three-year-old niece whom she’s quite good with. “My friends too have kids. It’s going to be a training ground for me, “she added.

Neha says she’s not feeling the pressure, yet. “It’s always exciting to have new content on TV. We are focussing on making people laugh and not comparing ourselves with any other show,” she signs off.

Celebrities were not really appreciating the roast concept of the Comedy Nights Bachao Series, they felt insulted and some of them walked out of the show.

Krushna Abhishek is currently in Dubai and performing live shows,”I’m not part of Chhote Miyan but I will return with a good show on Colors or maybe another channel. I don’t want to roast people anymore because how long can you do the same thing? I did it for one-and-a-half years. We featured around 400 actors, if four-five actors felt offended, you can’t do much about it. I don’t want to offend actors anymore. It’s been a big risk for me but we pulled it off for so long. It ended at the right time,”. 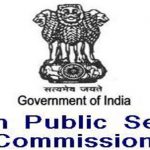 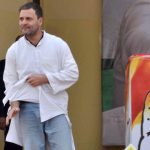