The terrorists had been hiding in one of the buildings of Entrepreneurship Development Complex (EDI) in Pampore terror attack Jammu and Kashmir since Monday. One terrorist had been killed yesterday while the other was gunned down in the wee hours today, in the 52 hours long battle.

While the forces suspect another terrorist hiding in the building, the search for him has been initiated.

The militants had been targeting the 49 Rifles Military Camp of the Indian Army. However, their plan was scotched and hence they took shelter in the government building in Pampore.

The ammunition used by the Indian forces against the militants till now include 52 rockets, grenades and machine guns. Since more forces were required, the special force that undertook the Surgical Strikes was called in for help after one of the soldiers got an injury on the first day of the battle.

“The operation at Pampore is still going on but it is definitely now in final stages“, said an official.

The EDI complex has been surrounded by the forces in order to prevent the third militant from escaping. The Elite Para commandos have also been called in to neutralise the militants, however, the forces have not entered the premises keeping in view the potential threat of the third militant.

The militants had set ablaze the mattresses in the hostel rooms to attract the attention of the policemen and the forces which soon arrived as the fumes were coming out of the building.

The confirmation about the killing of the militants can be made once the forces enter the building as said by an official.

Till now five military armymen, two young army officers and one of the employees of the Institute have been killed in the battle in the 52 hours long battle till now. 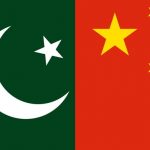 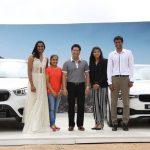