Pankaj Advani is making India proud and is considered as  one of the greatest players in cue sports that the country has ever produced. The sequence of winning titles after titles continues for the lad and this time, the 31-year-old Indian player clinched yet another title as he defeated defending champion Peter Gilchrist in the finals to win the World Billiards (150-Up format) Championships.

Pankaj Advani displayed another magnificent game in the final of the world title game and added another trophy on his sideboard. This was a dream final for billiards fans, who wanted to see the two players in action for the title-decider at the Karnataka State Billiards Association on Monday.

Pankaj Advani Tweeted and Expressed his joy after clinching the title from the defending champion:

Summary of the Game between Pankaj Advani and Peter Gilchrist:

It was a close contest, with Advani starting in a bright manner, winning the first two frames, but Gilchrist pulled back, winning the next two to make it 2-2. From there on, it was understood that the final was going to be an interesting affair.

Though both the players could have played much better, the final was a close contest between the two superstars of the sport. It was not a perfect match for Advani, who also made some errors, but he looked in better form to clinch his 11th World Billiards title.

Advani felt that it was not an easy table in the finals, but both the finalists adjusted with it as the match progressed.

“The table was very tricky. Both of us acknowledged that it was difficult. Peter found the throw of the cushion tough while for me the balls were not splitting as much. Suddenly it came back to normal later on. In India when you talk about a damp pitch everyone understands, but when you talk about bouncy tables and split being less everyone says it’s simple errors,” espn.in quoted Advani as saying. 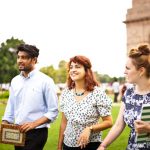 UK student visas to be cut down by half, University Heads unhappy with government’s decision
Next Article 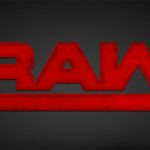