Petrol price increased: Indian Oil Corporation today announced that they will be increasing the prices of petrol and diesel which will be effective from midnight. Petrol price increases by 80 paisa whereas diesel jumped by 86 paisa a litre excluding local sales tax and VAT. After including all the taxes, petrol will cost 67.62 litre from midnight tonight, up by Rs. 1.17 from Rs. 66.45 litre currently. Likewise diesel has also been increased from Rs. 55.38 to 56.41 a litre which is up by Rs. 1.03.

In one of the statement by Indian Oil Corporation, “The current level of international product prices of petrol and diesel and rupee-US dollar exchange rate warrant increase in selling price of petrol and diesel, the impact of which is being passed on to the consumers with this price revision”.

No respite for people of India

This is not only going to effect the consumers but also the transporters as with this hike, prices of other commodities automatically rise and at the end of the day it’s the people who face the wrath.

Previously five hikes of Rs. 6.36 a litre came into effect which includes the latest one as well. There has been an immediate rise in prices of petrol by Rs. 7.53 per litre within two months. Diesel saw its third increment in a month while the previous was Rs. 2.77 per litre till October 16 whereas; with this new affect the price increased to Rs. 3.90 a litre.

The market seems to be fluctuating and the USD-INR exchange rate is affecting the developing trends with the oil markets which shall continue. Indian Oil Corporation said that they will keep a close eye on international oil market. 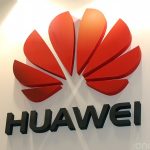 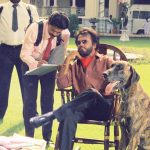