PhonePe wallet App controversy: The National Payments Corporation of India (NPCI) asked the e-wallet PhonePe to follow the directives as under the Unified Payments Interface on Friday. These directions by the corporation come a day after it asked the ICICI Bank to enable the ‘Unified Payment Interface’ transactions through the mobile phone e-wallet.

“Based on a review by NPCI  (National Payments Corporation of India) on ICICI Bank’s action to block UPI transactions through made through PhonePe App, NPCI App has noted that PhonePe and Flipkart Apps are in contravention of the UPI guidelines of interoperability”, the organisation said in a statement…Hence NCPI has directed PhonePe and Flipkart to comply with the UPI guidelines and allow payments from UPI handles of all banks on their apps”, the organisation said in a statement.

The National Payments Corporation of India had directed the ICICI Bank to allow the Unified Payment Interface transactions from the PhonePe wallet app when PhonePe and Flipkart start complying with the guidelines as under UPI. However, the bank denied following the same.

“We had a discussion with the ICICI Bank and Yes Bank, the banker to PhonePe, to review the matter and arrived at this”, NPCI said.

“This is a clear violation of UPI guidelines which mandate interoperability wherein users enjoy the freedom to choose any UPI handle to make payments”, ICICI Bank’s spokesperson had said on Thursday.

“NPCI has assured us in writing that this will get corrected very soon and the concerned app will allow interoperability. As soon as this is corrected, ICICI Bank will start allowing UPI transactions to resume on this App.”

The Unified Payments App is used to send and receive money easily. The app doesn’t require filling in the bank details again, hence it makes easier for the people to transact through this app. 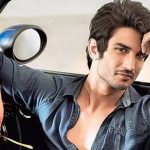 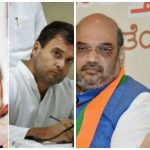