Priyanka Chopra’s Quantico not only gave her fame, it even helped her earn tons of money. Wait. Do you know about Quantico?

If you don’t, you should have. It is this show that has brought Priyanka Chopra to the limelight. Post her success in the show, she has entered the Forbes list of highest paid TV actresses across the world.

Who is at the top?

The segment is ruled by the Columbian-American actress – Sofia Vergara. She has been at the top of the list from 5 continuous years. The 44-year-old actress managed to earn a staggering USD 43 million in the year! This excludes the management fees and taxes she has to pay.

She owes the credit of her success to the much acclaimed-show – Modern Family. Ofcourse, she does not make all the money from the show. She has endorsements, her own product line etc.

Quantico is an American television Terrorism-Thriller which features Priyanka Chopra as Alex Parrish(Protagonist) who has been framed for a terrorist attacks. The show unwinds the story in the form of flashbacks.

The second installment of the series is expected to start on September 25, 2016.

Priyanka Chopra cashed in USD 11 million. She did two movies back home. These were Jai Gangaajal and Bajirao Mastani. Ofcourse, she too has endorsements. Infact, she is one of the most sought after actresses by advertisers in India.

Priyanka Chopra’s Quantico turned out to be an instant hit. This bought her love and affection from the whole wide world.

She is also making her Hollywood-debut next year along in the movie “Baywatch” with Dwayne “The Rock” Johnson, who is the world’s highest paid actor.

Earlier, it was Deepika Padukone who was in the news for entering the list of highest paid actresses. She is at the 10th place in the list which features Jennifer Lawrence at the top.

Girl power on the rise, eh? Both these women have made India proud.

Meanwhile, Priyanka Chopra’s Quantico has completed its first season and is getting ready for the second installment of the series. Hopefully, this will bring her up a few more paces in the coming years. Maybe even at the top. Fingers crossed. 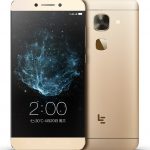 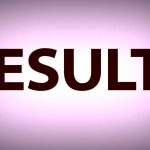