Putin too embarrassed to visit Paris: The Russian President, Vladimir Putin has recently cancelled a planned visit to Paris. The Foreign Minister of France said that the President is “too embarrassed” because of the Russian bombings in Aleppo, Syria.

“In reality, Vladimir Putin has stepped up his bombardment of Aleppo, so I imagine coming to Paris to talk about Syria would have been very embarrassing,” said Francois Hollande, President of France

Putin too embarrassed to visit Paris says, President of France

Putin was scheduled to visit Paris to inaugurate a spiritual centre at a new Russian Church. An exhibition of artworks had been organised by a Russian collector for the event.

Francois Hollande was very disappointed in Putin as he had cancelled his visit to Paris. He said that he had been looking forward to this meeting with the Russian President to have a talk regarding the Bombings in the city of Aleppo. France said that the role of Russia in the Syrian bombings can also amount to war crimes.

He added, “However, this dialogue must be firm and honest, otherwise it has no purpose and it’s a sham.”

The Kremlin spokesperson, Dmitry Peskov said that the visit had to be dropped off the schedule for now but it will be soon re-scheduled in near future “at a convenient time” for Mr Hollande.

Earlier on Saturday Moscow had blocked a draft of the French UN Resolution that called for an end to the air strikes on Aleppo that rendered hundreds of innocent people dead.

Last week, US had talks with Russia over the Syria attacks, it had accused Moscow of playing a major role in the bombings in the city of Aleppo. It added that the two countries had nothing more to discuss. 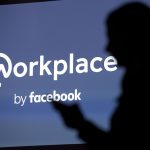 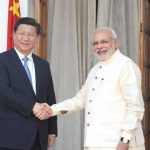