The actor is famous for his muscular physique as well as acting skills. Bhallaladeva from the blockbuster film Baahubli is leaving no stone unturned to make sure that the next time he fights Prabhas aka Baahubali in the film, he comes out as a winner.

The movie poster is shared by Rajamouli on Rana’s birthday. In yellow armour, Rana looks coerced and intimidating carrying giant mace on his shoulder. Evil is written all over the armour and his body language. The actor must have pumped a lot of iron to achieve this stature of physique.

To portray the age gap in Baahubali and sequel, The Conclusion, Rana Daggubati has been training hard to look way more menacing than he already is, in his upcoming much-anticipated movie, Baahubali: The Conclusion.

Earlier, the first look of actor Prabhas as Baahubali was also launched on the occasion of his birthday in the month of October this year.

Well now looking at both the first looks of Prabhas and Rana Daggubati, We are definitely expecting a tough fight between the reel Baahubali and Bhallala Deva.

The film also stars Tamannaah Bhatia, Anushka Shetty and Nassar in supporting roles. The film will be made both in Tamil and Telugu and its dubbed Hindi version will also see a wide release. It is slated to release on 28 April 2017. 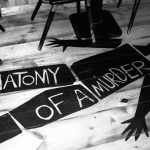 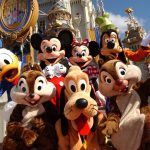