Telangana: Speaker of Telangana assembly has suspended all five Bhartiya Janata Party legislators as they were protesting against the ruling government’s proposed bill to increase reservation to Muslims. Speaker S Madhusudana Chary has suspended legislators for two days as they trooped in the well of the house to protest the proposed 12 percent Muslim Reservation Bill. 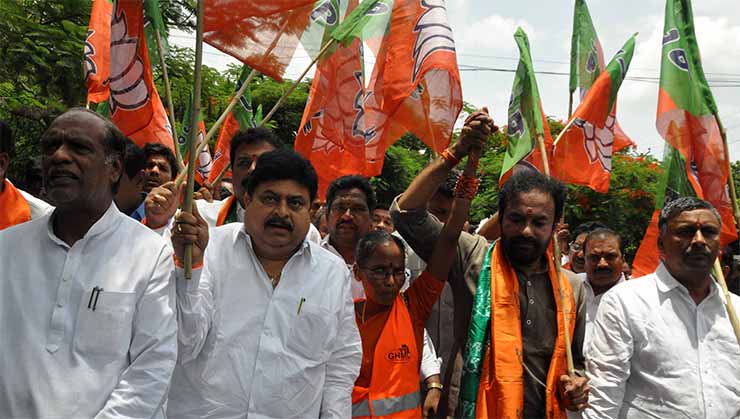 Five BJP legislators suspended for staging protest in the house

The legislators came to the house wearing black scarves and raising slogan and demanded that the government should drop the proposal of increasing the quota for the Muslims.

The reservation offered a hike for Muslims in jobs and education sector to 12 per cent as against the current 4 per cent, which was opposed by BJP.

Earlier also, BJP MLA Prabhakar had alleged that the Telangana Backward classes Commission was being unjust to the Backwards Classes by working only for the minorities communities. The party had threatened a statewide protest if the government went head with the reservation bill.

BJP termed the move unconstitutional and said it has called for Chalo assembly march on Friday. On a unexpected note, the main opposition Congress party staged a walkout from the assembly criticizing the suspension of all five BJP members. 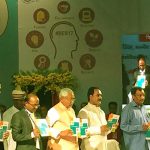 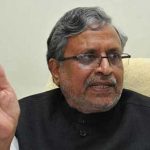