At the 2021 Tokyo Paralympics, India’s Yogesh Kathuniya won silver in the discus throw (F56 classification) final on Sunday. With a season-best throw of 44.38m, the 24-year-old claimed India’s fifth medal.

India has won five medals in total, including one gold, three silver, and one bronze. On Sunday, paddler Bhavina Patel won India’s first Paralympic medal, a silver, and high jumper Nishad Kumar came second in the T46 class. To add to it, Vinod Kumar, a discus thrower, also earned bronze in the F52 class, but his result was delayed owing to a dispute over his disability classification.

Yogesh Kathuniya, who trained for the Paralympics without a coach and is thrilled to have finished on the podium for almost a year without any visible instruction.

Futhermore, in his sixth and final effort to win silver, the 24-year-old, a B.Com graduate of New Delhi’s Kirorimal College, sent the disc to a best distance of 44.38m.

“It was incredible. Winning the silver medal has fueled my desire to win the gold medal in Paris in 2024 “In the mixed zone, Kathuniya said.

Additionally , Kathuniya admitted that preparing for the Games was difficult for him because lockdowns forced him to close facilities for the better part of the last two years.

“The preparations have been quite difficult over the last 18 months. There was a six-month shutdown in India, which meant that all stadiums were shuttered “, he stated.

“I had to practise alone when I was able to return to the stadium on a daily basis. I couldn’t afford a coach back then, and I still don’t have one now. It was an incredible feeling to earn a silver medal without the assistance of a coach”, he added.

Moreover, the Prime Minister of India tweeted to congratulate Yogesh Kathuriya for winning a medal for India. 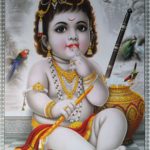 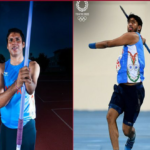