7 June 2016: Virat Kohli is under a pressure, as the cricketer will be singing for the first time the official anthem of Premier Futsal at an event in Chennai ahead of its inaugural season on Monday. The cricketer is also stressed out, as he will be singing to the song composed by the Oscar Award winner, Music Director A R Rahman. 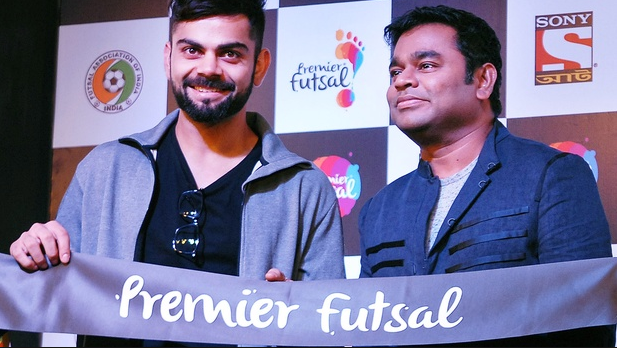 According to the source, A R Rahman will be lending his musical genius for the first time to the franchise based sports league in the country.

A R Rahman said that, he is proud to be associated with the sports league with its Premier Futsal official anthem. He is overwhelmed to see the country’s young entrepreneurs with the passion in sporting scenario and wishing them all the success in this endeavor. The music director also said that, “I am especially excited to work with Virat Kohli on this, let’s hope he is as good with his melody as he is with his bat”.

According to the source, Virat Kohli said that, “I am more under pressure to sing than playing a cricket as I am sitting next to a person whom I hugely admire from the childhood, he also said that, many of my childhood memories have a connection to the tunes of this man. I know how to play cricket but I have no clue about recording session”.

Virat kohli is the League brand Ambassador of Premier Futsal said that, he has been a fan of A R Rahman for years. “It will be personal achievement as well as privilege to share on big screen with him and lend my voice to the anthem of Premier Futsal”.

The Premier Futsal Official Anthem titled “Naamhai Futsal”, is set to be release along with a video starring the cricketer in couple of weeks. 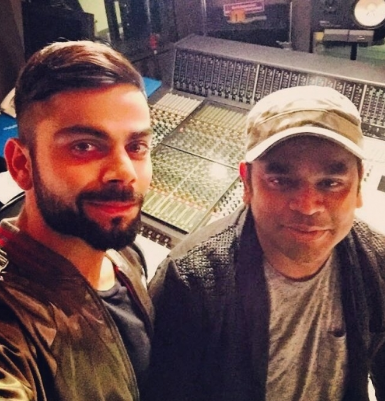 The music composer A R Rahman said that, they have been working on the song for weeks for which Virat will be singing a rap song…the composer is trying hard to make it easier for the cricketer.

According to the reports, Futsal is completely a new game to India and a more rapidly form of football played by a five-member team indoors.

Premier Futsal will commence on July 15 with its eight teams from across the country.