On Tuesday, she was traveling on Vistara’s Mumbai-Delhi flight when this incident took place. Vistara Airlines has apologized to the silver-medalist sportsperson.

The athlete had written a complaint to the Vistara Airlines demanding an apology in which she mentioned the poor handling of the handicapped passengers by the Airline staff. She also said that the crew did not seem trained enough to handle the wheelchairs. Further adding, she said that the crew stood baffled for 10 minutes while they were deciding how to shift her from the wheelchair to the cabin seat.

To save its reputation from further tarnishing, the Airline apologized to Deepa Malik soon after they received her written complaint.

“As a team, we would like to sincerely apologize to Deepa Malik for her disappointing experience. We have been in touch with her and are grateful for the feedback that she shared. We are investigating the incident thoroughly and will take all necessary corrective actions to ensure that something like this never happens again.“ – Vistara

She mentioned the name of a crew member who behaved rudely while she was on the flight.

The athlete shared her incident in a series of tweets while also saying that the disabled passengers ought to be treated with dignity. 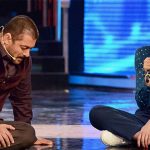 Guess What ! Deepika Padukone will be seen as the First Celebrity Guest at Bigg Boss 10
Next Article 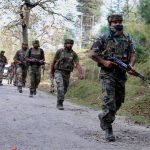 Three terrorist Killed in Encounter after Attacking on Army Camp in Kupwara, Dressed in Army Uniform
Leave a comment Leave a comment