The WWE Clash of Champions took place in Bankers Life Fieldhouse Arena in Indianapolis, Indiana, US. Every title on Raw was put on the line as the Red team made an attempt to steal some spotlight from Smackdown.

Now, let us take a look at all the matches and their results along with the events leading to these results.

There is not much to say about this one. Nia literally toyed with Alicia in this rematch from Raw. Nia did try to turn the tables with a crossbody from the top rope and then attempt to pin Nia.

However, her attempts could not do much damage to Nia who then quickly took over Alicia and ended the match with a display of her strength.

A very energetic crowd begins the match. The Club goes right after the current champions, New Day, from the very first moment. In the beginning, The Club seems to overpower New Day.

There were a couple of close falls as The Club manages to keep Big E out of the ring and focus on Kofi. Xavier Woods was taken out by Gallows along the ringside. Kofi too was subjected to a wicked Spinebuster and almost put away with a Magic Killer before he managed to dodge that bullet.

Later, Woods hit Anderson in the head with his trombone, allowing Big E and Kofi to go double team on him for the pin. New Day retains its title.

The match kicks off with Perkins straight away going for a knee-bar but Kendricks somehow manages to crawl to the ropes, keeping the fight on. The fighting then continues outside and here Kendrick starts being offense.

Towards the end, TJ manages to put Brian as well as himself out after some struggle at the top turn buckle. He did so with the help of a hurricurana.

Both then tried to execute their finishing maneuver but TJ was able to lock in his knee-bar first and Brian tapped out.

These are the two names which are usually considered to be hardcore fighters and so did they prove to be. They showered each other with numerous blows. Sheamus took early control as he targeted the injured back of Cesaro.

Cesaro fights back with his Uppercuts Barrage. When Sheamus was on the second rope, Cesaro hits him with a 619. Shocking, isn’t it?

He then tries to end the match with a Neutraliser but Sheamus does not let that happen by going after Cesaro’s back again. He continues to work on Cesaro’s lower back but it still was unable to put Cesaro down.

They took the fight outside and both went over the barricade, where they lie after spending all their energy.

The doctors come in and after examining them both declare that they are not fit to fight anymore.

The spectators wanted more so they were chanting ‘let them fight.’

The match kicks-off with Sami Zayn pushing Y2J on the backfoot. But in time, the experienced Jericho was able to take control of the match.

He tries to get Zayn counted out but Zayn makes it back in the ring and takes complete control.

Sami intends to put Jericho away with a couple of his top-notch moves. He seems to be doing really well when out of nowhere, Y2J hits him with a Codebreaker and finish the match.

The match starts with Sasha and Charlotte going after each other, leaving Bayley out of the mix. But soon she too gets involved and now it becomes every woman for herself.

The tables keep on turning at a very fast pace in this high-adrenaline fight between these three ladies.

Later, Dana again shows up to break free Charlotte from a Bank Statement. It is a no disqualification match so Charlotte is safe.

In the end, Charlotte delivers a sinister kick to Bayley’s face, then pins her for the win.

Roman gets an overwhelming response from the spectators as he walks in to face Rusev for the US Championship. The match starts with Roman rolling Rusev out of the ring. Rusev comes back to pay his debts with interest.

Rusev overpowers Roman and works on his abdomen before sending him shoulder first into the steel post. Reigns tries to fight back but in vain.

Reigns is able to build a little momentum after he sends Rusev shoulder first towards the steel steps. He attempts to take advantage of the situation but gets a taste of Superkick in return.

The Bulgarian Brute goes for the second Superkick and instead takes a Superman Punch to the face. It is followed by a spear but Lana pulls the referee out before he could complete the three-count.

The referee sends Lana back. However, Reigns successfully delivers another spear and this time, Lana was not around to stop the pin.

Result: – Here is your winner, the new US Champion – Roman Reigns!

Main event of the WWE Clash of Champions

The match begins with Kevin Owens instantly getting out of the ring. Seth Rollins follows him and sends him into the barricade. He then continues what he started in the ring as well.

After a while, Owens finally gets a breather by attacking the surgically repaired knee of Rollins.

He takes complete control of the match and continues the assault blended with a pinch of trash talk. Out of nowhere, Rollins gains momentum with a huge clothesline.

It is followed by numerous events in which the control of the match is shifted back and forth between the two superstars.

At one point, Y2J, Kevin Owen’s best friend, shows up and places Owens leg on the bottom rope to break the pin which was post the Pedigree by Rollins.

The referee is knocked out in the scuffle between Rollins and Jericho after which Rollins delivers another Pedigree to Owens. Unfortunately, the referee is unable to count.

This is how the WWE Clash of Champions underwent. Stay tuned for more updates on the WWE universe. 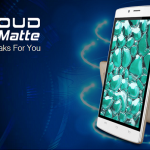 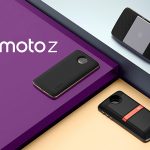