2016 Navratri Day 3: The third day of Navratri is dedicated to Goddess Chandraghanta who is also among the nine manifestations of Goddess Durga. She is also known as Chandrakhanda, Chandika or Rannchandi. It is believed that she blesses her followers with her bravery, courage and grace. She has a golden complexion is the perfect example of charm, beauty, and grace.

The goddess has eight hands. She holds bow-arrow, Gada (mace), Ghanta (bell), Kamala (lotus flower), kamandal (waterpot), khadak (sword), Trishula (trident), and one of her hands blesses the devotees or is in abhayamudra. She rides a tiger or a lion that represent bravery and courage. The goddess also wears a half moon on her forehead and has her third eye in the middle of her forehead.

Worship Maa Chandraghanta on the Third day of Navratri

It is a common tradition to worship Goddess Chandraghanta on the third day of Navratri. All the devotees of this form of Shakti pray to her on this day to get her blessings to get rid of all their distresses, physical sufferings, mental tribulations, sins, and ghostly hurdles.

People believe that she governs the planet Shukra. Her followers easily achieve success in all the fields. This form of the goddess is not different from its other forms. It only shows when the goddess is provoked. She is always ready for a war with her weapons in her hands. Her bitter form is called as the Chandi or Chamunda Devi.

She destroys her enemies and evils but for her devotees, she is a compassionate and kind mother who showers her devotees with great peace and prosperity in life. It is believed, if any of her devotees gets to hear diverse sounds and smell the divine fragrance, the goddess has blessed him. 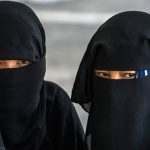 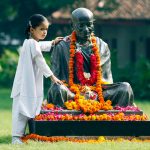