The Nobel Prize 2016 Chemistry was announced on Wednesday by Goran K. Hansson, Permanent Secretary of Royal Swedish Committee of Sciences. This year’s Nobel Prize in Chemistry has been bagged by a Dutch, Scottish, and a French scientist. The three scientists, Ben Feringa, Fraser Stoddart and Jean-Pierre Sauvage have been given the Nobel Prize for their work, “design and synthesis of molecular machines“.

“I have won many prizes, but the Nobel Prize is something very special, it’s the most prestigious prize, the one most scientists don’t even dare to dream of in their wildest dreams.”

Ben Feringa (65), was born in Barger Compascuum, Netherlands. He is a synthetic organic scientist and specializes in molecular nanotechnology and homogenous catalysis. Presently he is the distinguished Professor at the Stratingh Institute for Chemistry, University of Groningen, Netherlands. He is also an Academy Professor and Chair of Board at the Science Division of the Royal Netherlands Academy of Sciences.

Fraser Stoddart (74) was born in Edinburg, Scotland, UK. Presently, he is a Professor at the Department of Chemistry at NorthWestern University, USA. He works in the area of supramolecular chemistry and nanotechnology. He has developed molecular Borromean Rings, Catenanes, and Rotaxanes using the highly efficient synthesis of the mechanically interlocked molecular architectures.

Jean-Pierre Sauvage (62) was born in Paris, France. He obtained his Ph.D. from Universite Louis Pasteur. Presently he is a French coordination scientist at the Strasbourg University. Supramolecular chemistry is his specialization. He has also worked in areas of a photosynthetic reaction center and electrochemical reduction of Co2.

About their Prize-winning work –

Jean-Pierre Sauvage was the first to link the two ring-shaped molecules together to form a chain called catenane. In this chain, the atoms were linked by a freer mechanical bond rather than the covalent bond through which they are generally connected. And then Fraser Stoddart developed a Rotaxane in 1991.

In 1999, Ben Feringa became the first person to develop a molecular motor which he later used to rotate the glass cylinder which was 10,000 times bigger than the molecule. 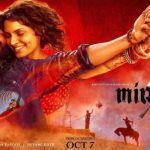 Mirzya Celebrity Review: From Amitabh Bachchan to SRK, The Movie Left Everyone Stunned
Next Article 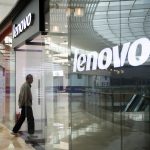