The Chinese tech giant – Lenovo on Monday said that they are considering India as one of its manufacturing centres for laptops. Dinesh Nair, Director of Consumer Business, Lenovo India, said, “At Pondicherry plant, where we are already manufacturing desktops, has the capacity and flexibility to manufacture laptops. The company will have to take a call when to do it.”

He also said that Lenovo has already started manufacturing in its Chennai plant. According to him, the company is interested in India because of the lucrative benefits offered by the ‘Make in India’ program. This is evident from the fact that the CEO of the company, Yang Yuanqing, himself came down to India and met PM Narendra Modi back in 2015.

He further added that Lenovo, which has the third largest market share in the nation (PC), has completely revamped its entire range keeping mind the needs and preferences of the youth as well as the enterprises. They have also kept the prices competitive.

Lenovo to manufacture laptops in India? Why?

He said that manufacturing laptops in India itself will be more flexible and logical. The reason behind this is it take around 2 months to ship the laptops from China to India. Currently, their entire range of laptops is being shipped from China and then sold in the Indian markets.

Talking about numbers, he said that the contribution of laptops in the total PC sales was between 85-88%, the remaining being desktops. However, the sales of desktops have been pretty flat for a long time.

If the decision regarding the talks on Lenovo to manufacture laptops in India is positive, it will be beneficial to the country’s people as well as the company. For India, it would mean much more job openings and another source of revenue. Also, when Lenovo will manufacture in India, it will drastically reduce the cost of transportation and hence, the laptops will be available at cheaper prices.

For the firm, the cheaper prices would mean bigger sales volume. This will help them in reaching the top of the ladder. Further, they will enjoy the privileges that the ‘Make in India’ scheme provides which will ensure higher profits.

Many other key players have started manufacturing in India or have invested huge sums of money in expanding their already existing plants. These include the likes of Xiaomi, Foxconn, General Motors, Huawei, Samsung, Boeing etc. 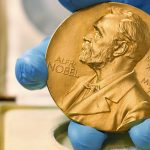 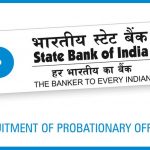