Apple has partnered with Flipkart to sell the new iPhone 7. The Bengaluru-based internet retailer (or e-tailer) will start selling the new devices as soon as they launch in India on October 7. This time, Flipkart will be directly sourcing the iPhones from Apple. Earlier, they used to source the iPhones from third-party sellers and then sell it on their website.

This is the first time when Apple has shook hands with a consumer-dealer for the sale of a new version of its iPhone. Infibeam is an old partner of Apple which also receives the iPhones directly. But they deal in bulk quantities and do not directly engage with the customers.

This new change was first noticed by a portal which goes by the name BGR.in.

Flipkart is the largest e-tailer in India. A major part of their revenue comes from the sale of smartphones. Flipkart has the exclusivity of many smartphone brands like LeEco and Motorola and they are only available on Flipkart. Recent reports also say that Flipkart sold one lakh pieces of the latest Motorola E3 within 24 hours of its launch on Tuesday.

Considering factors like, it does not come as a shock that Apple has partnered with Flipkart. Because in the end, the only thing that matters the most is the volume of sales. Flipkart will most probably be able to deliver that.

Apple has partnered with Flipkart? What about Amazon?

The iPhone 7 deal should be able to give a big push to Flipkart especially in a time when it is facing a cut-throat competition from its American counterpart – Amazon. Amazon has been investing heavily in the Indian region to capture the market here. They too will most likely offer the new iPhones but the lack of direct sourcing from Apple will mean lower margins and very less flexibility in the supply chain management.

All this points towards a good festive season that Flipkart is going to have this year. 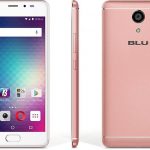 Blu Life One X2 Smartphone launched with 5.2-inch Display at $149.99
Next Article 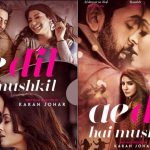