Bigg Boss 10 Contestent Priyanka Jagga: Priyanka Jagga Muise, the most controversial and infamous contestent of Bigg Boss has recently made an announcement about the film that she has been offered by Producer Inder Kumar. Jagga worte in her facebook post that, “Ready to Rock. I m very luckily. Coming on the big screen soon.. Thanks to Producer Inder Kumar sir. Director Radhe Mohan g..”

Few days back she hinted her fans (if there are any) through facebook live video chat that something interesting is coming her way.

Nobody wants to see more of her anyways. Soon after she was thrown out of the show, Salman made it clear that he will not be hosting the season anymore if, anybody from colors or Bigg Boss try to make any kind contact with her.

Inder Kumar is known for his big hits like, Masti, Grand Masti, Dil etc. Well the news came out as a surprise and it’s time to see how it goes with Inder Kumar. 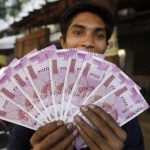 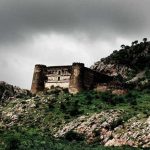