Commando 2 Trailer: The trailer of much awaited movie Commando 2 is out. The movie is starring Vidyut Jammwal Adah Shah and Freddy Daruwala in pivotal roles. The second installment of Commando franchise revolves around Captain Karanvir Singh Dogra, played by Vidyut Jammwal, who is on a mission to destroy the black money, which has been transferred to the banks overseas.

Yesterday, Reliance Entertainment shared another teaser from film on twitter.

.@VidyutJammwal thanks his fans for the immense support and love they have given to the #Commando2Trailer! ❤️ pic.twitter.com/Pa8QAWicen

The trailer starts with introduction of Vidyut Jammwal, a court martialed commando. He is on a mission to find Vicky Chaddha who he discovers the most wanted black money agent. From some sources, he gets to know that Vicky and his wife has been arrested and are kept in Malaysia. Just like its prequel, then, the movie moves to action performance. In between all the stunts, Esha Gupta, Adah Sharma and Freddy Daruwala take over the screen.

The chemistry between Vidyut and Esha Gupta is also seen. The trailer does not seem to be very obvious, it may bring some classic Bollywood masala. 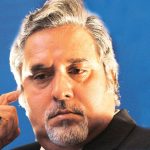 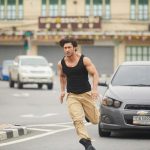