Billionaire Elon Musk revealed he and his brother, Kimbal, have provided financial support to their father Errol Musk since he “ran out of money” decades ago.

Elon Musk Tweets About This

The world’s richest man was responding to a Twitter thread on Wednesday that highlighted the family background of the Tesla and SpaceX CEO.

“Unfortunately, he did do bad things,” Elon Musk revealed in a tweet without specifying what the “things” were. “Errol ran out of money in the 90s. My brother and I financially supported him and his extended family in South Africa since then on condition that he not do bad things,” he tweeted.

Elon Musk Had Only One Condition to Support His Dad

Elon Musk has revealed that his father Errol Musk had run out of money in the 90s and the Tesla CEO and his brother had agreed to help senior Musk out financially on one condition — that he doesn’t do “bad things”.

Relationship Between Elon Musk With This Father Errol Musk

Musk has always appeared to have a complicated relationship with his 76-year-old father.

It was not clear what the Tesla and SpaceX CEO meant by “bad things,” but he previously called his father a “terrible human being” in an interview with Rolling Stone in 2017.

“Almost every evil thing you could possibly think of, he has done,” Musk told the media.
“We are a very frugal, stingy family,” the Musk family patriarch said. “If I want to spend anything, I have to answer 100 questions of why.”

Errol Musk Tweeted About His Son

Errol Musk had in August said that he’s not proud of his billionaire son alone because the whole Musk family has achieved remarkable things. According to him, in fact, the Tesla and SpaceX chief is unhappy with his own career progress.

Senior Musk even criticised him for “eating badly”.Following it, Elon Musk had said, “I gotta work out and be in better shape,” Musk said. “I actually don’t really like working out, but I gotta do it.” 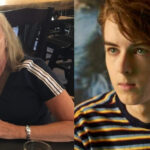