The death toll from a series of landslides and flash floods in Indonesia climbed to 19 on Wednesday, an official said, including several children found by rescuers scouring for survivors. The worst-hit region was the west of Indonesia’s main island of Java, where torrential downpours in Garut saw floodwaters quickly rise to 2 metres, national disaster agency spokesman Sutopo Purwo Nugroho said in a statement. 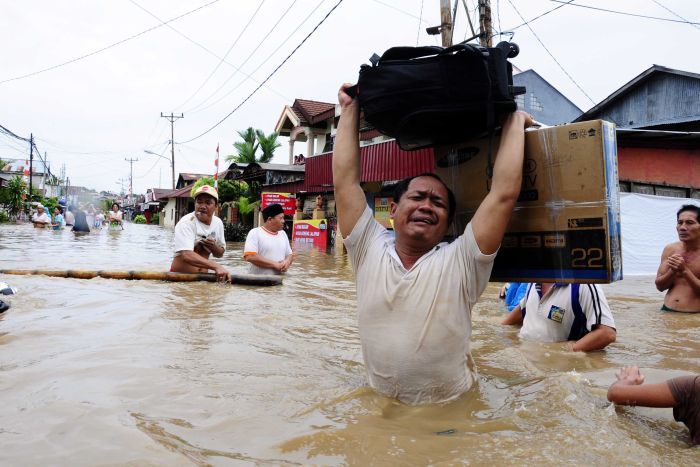 “The official report (from Garut)… is that 16 people were killed and eight others are still missing,” he said. Among the dead from the fast-rising floods were an eight-month-old toddler and four other children under the age of ten, Sutopo added, citing a casualty report from the local disaster agency in Garut.

More than one thousand people have been forced from their homes in the district and are taking shelter in nearby emergency tents set up by search and rescue teams. Elsewhere in West Java, the death toll from a landslide in Sumedang regency rose to three, with one other person still believed missing beneath an avalanche of mud and rock. The landslide left two others injured and destroyed a mosque, Sutopo added. 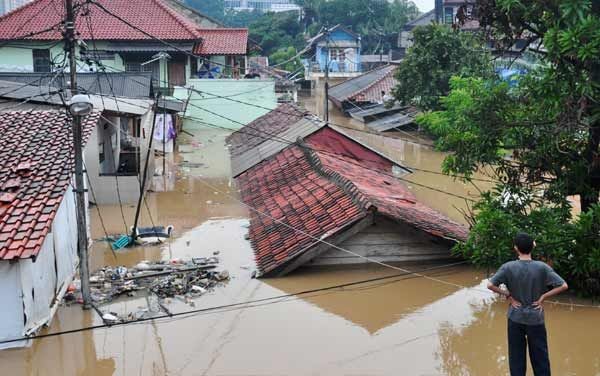 However, landslides and flooding are common in Indonesia, a vast tropical archipelago prone to natural disasters and torrential downpours. The country’s disaster agency has warned people to be alert for disasters this wet season as a La Nina weather phenomenon threatens unseasonably heavy rain. 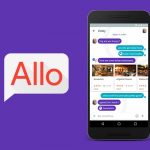 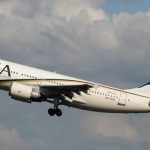