A video has emerged on the social networking sites and is being circulated in which, the new Commander has asked the cops to stop attacking “our family members in the valley or face dire consequences”.

Its goes on to say, “You (the cops) are committing a big mistake by harassing our families,” he says in the video clip, adding, “This is a fight between us and you have involved families”.

Bhat says in the clip.

“Next time, think a thousand times before (attacking our families). And if you still do it, you will find the bodies of policemen in every lane and by lane of Kashmir.” He says in his one-and a-half minute threat video clip.

If Zakir Rashid Bhat Musa is a self proclaimed Hizbul commander is yet to be verified. He was studying Civil Engineering in Chandigarh before he returned to Noorpura, his native village in the year 2013.

He joined Hizbul Mujahideen along with Burhan Wani. He is supposed to be the successor to Burhan Wani, who was killed in an encounter by the Indian Security Forces on 8th July, this year, which led to a complete shutdown of the valley followed by wide spread protests in which nearly 100 people died and thousands were injured.

What remains to be seen is how the Indian Civil government approaches the brewing situation in the Kashmir Valley.

Burhan Wani’s death created total ruckus for the Forces leading to a complete shutdown and out of control law and order situation.

Dialogue is a must to solve most of the problems in Kashmir.

India is emerging as a global nation to the world, in order to achieve and become a global ambassador it needs to understand the gravity of the situation and initiate a process to bring back the golden era of Kashmir. –“The Heaven on Earth”. 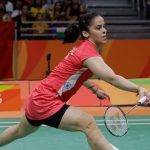 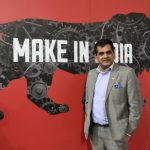