Matt Cutts officially resigns from Google: Matt Cutts, the Head of Search Quality at Google has resigned from Google officially. He has decided to stay with the US Digital Service and has been appointed as the Engineer of the department of the US digital services.

Cutts had joined the US digital service department in mid-2016. His role at the department was expected to be that of a guest member, however, he has permanently joined the dept after resigning from the Google. He is now Engineer at the USDS dept.

Matt Cutts had taken a short leave from Google in 2014. Then in 2015, he was replaced by another Google and it was then that Cutts decided to extend his leave period.

Matt Cutts had written in a statement – “Working for the government doesn’t pay as well as a big company in Silicon valley. We don’t get any free lunches. Many days are incredibly frustrating. All I can tell you is that the work is deeply important an inspiring and you have a chance to work on things that genuinely make people’s lives better. A friend ho started working in this space several years ago told me – ‘These last five years have been the hardest and worst and best and most rewarding I think I will ever have'”.

Matt Cutts was one of the first 100 employees at the Google office and a  very renowned Googler as well as he was one of the most known search engine Heads in the web giant. He has been seen at many important events of the Google and has spoken at many such events giving providing the valuable knowledge to the people. 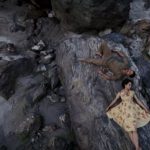 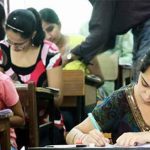