After an announcement about chief mister J Jayalalithaa passed away, finance minister O Pannerselvam was sworn as Cheif Minister of the Tamil Nadu in the presence of governor Ch Vidyasagar Rao at the Raj Bhawan.

Before taking an oath, a meeting was held by party members at the party headquarters and unanimously elected OPS as the leader of Legislature. The party MLAs arrived at Raj Bhawan for the brief ceremony held at 1.am in a grave atmosphere.

The decision to rub OPS as Jayalalithaa’s successor came after day-long discussions. In the midst of a leadership vacuum in Tamil Nadu created by the critical health status of Jayalalithaa, the state, and the Centre jostled on Monday to assure that the state political structure was in place.

In the power struggle were three key players -finance minister O Panneerselvam, Lok Sabha deputy speaker M Thambidurai, and PWD minister Edappadi K Palaniswamy. On the backseat firmly was Sasikalaa, who has remained a trusted aide of Jayalalithaa for more than three decades. 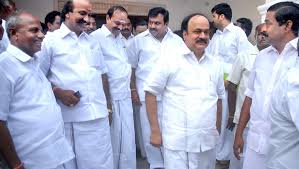 Around 11Pm, OPS and Edappadi arrived at the AIADMK office in the same care, signifying a patch-up between two, however as the incidents earlier in the day made clear a tug-of-war. However, thevar lobby backed Sasikalla and OPS, another side Thambidurai and Palaniswamy were supported by the gounders, dominant in the state’s western districts and emerging as a strong force in the state politics. With Sasikalla still having a power within the party, OPS emerged as the consensus candidate for the post the Chief Minister.

The party has a huge support base in the western districts. As Jayalalithaa’s health condition weakened on Monday, there was disagreement among supporters of different factions on who should be the next in command. And, this cleared when the decisions taken was by the legislators to make OPS as next chief Minister of the state.  But, the decision has dug a hole over the issue on who should succeed Jayalalithaa as the AIAMDK general secretary.

Interestingly, Narendra Modi government plunged into the ring, backing Thamidurai for the post of party general secretary.
“They are not comfortable with Sasikalaa donning the mantle in view of the disproportionate assets case against her,” said a party source, seeking anonymity. Union minister for urban development Venkaiah Naidu is said to be playing the role of mediator.

The Union minister visited Apollo Hospitals and stayed for nearly an hour on Monday. Both OPS and Palaniswamy stayed away from the MLA’s meeting held at the party headquarters on Monday night because they were involved in hectic lobbying at the Apollo hospitals, where the CM Jayalalithaa was undergoing treatment. And, they later went to join meeting at headquarter. Sasikalaa was able to unite MLAs to support OPS. However, according to the sources, nothing is going well between OPS and Palaniswamy and they both are enjoying a huge power among a certain section of MLAs. 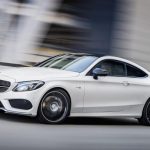 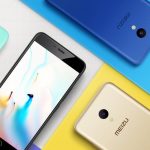